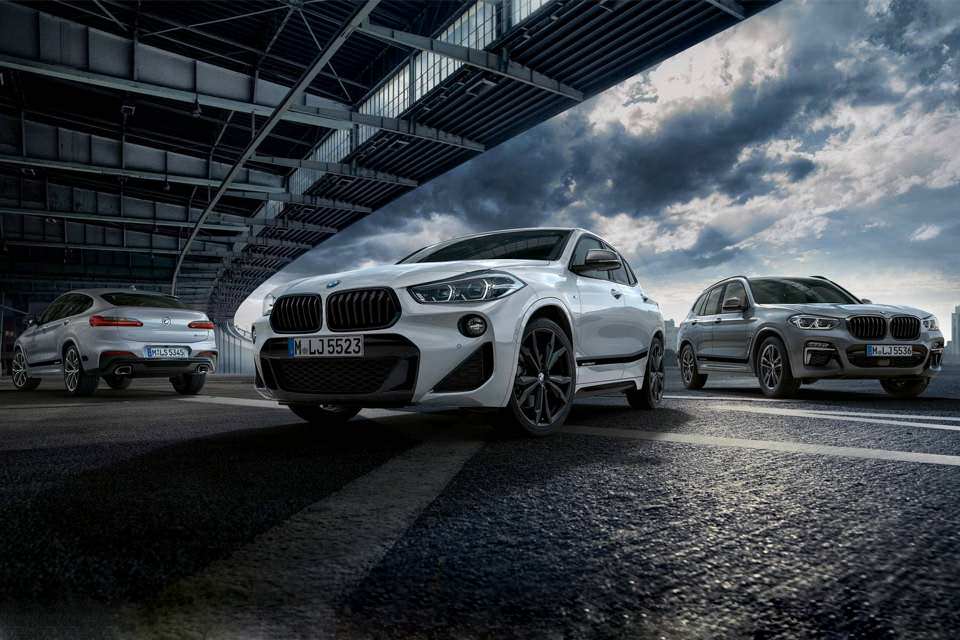 BMW is on a roll with consecutive launches of crossovers. In the span of a year, the German automaker launched three new models, namely the all-new X3 and X4, along with the first ever X2. Now, they're keen to add performance credentials to the new crossovers by giving each of them the M Performance treatment.

In essence, the M Performance models are a step above the standard M Sport. They feature unique sporty trimmings, along with a special interior. On all three crossovers, their M bumpers feature gloss black highlights on the center air intake. More of these highlights can be seen on the corner air intakes and, on the X3 and X4, foglight housings.

Special side sills are also part of the package, as well as the M Performance signature black strip at the bottom of the doors. Exclusive to the M Performance models are a pair of carbon fiber side mirror caps. Also the standard M Sport wheels are finished in a glossy shade of dark gray. Speaking of which, larger rim options are also available, up to 20 inches for the X2 and X3 and 21 inches for the X4.